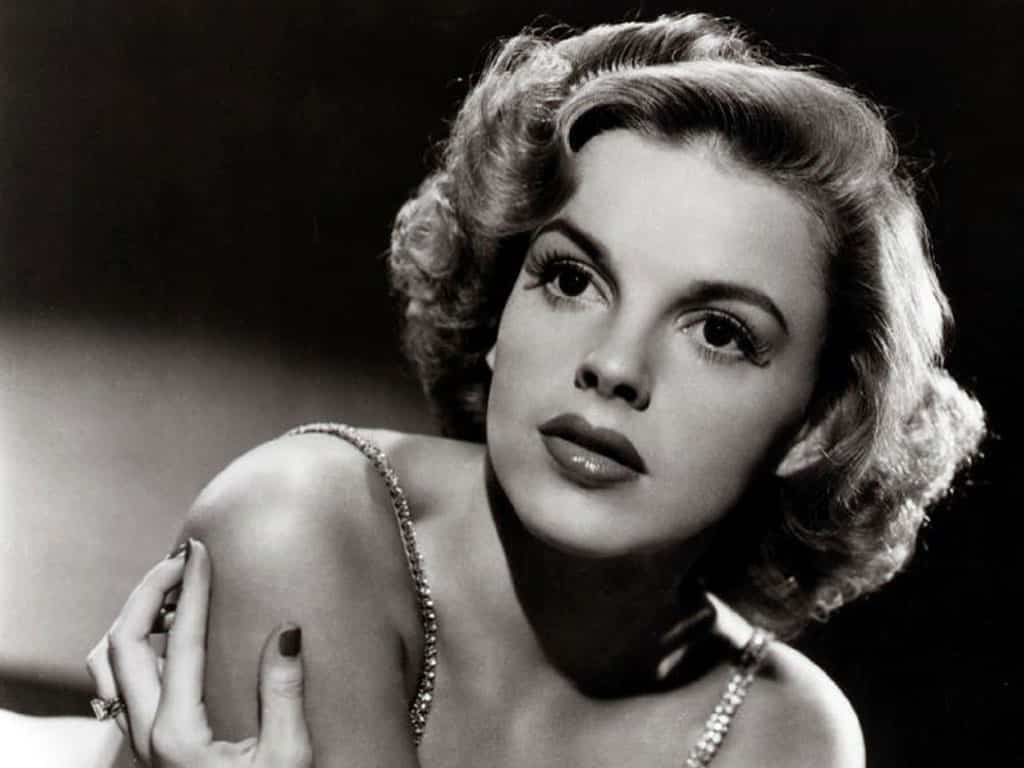 Judy Garland, born Frances Ethel Gumm in Grand Rapids, Minnesota, was quickly discovered as a talented singer and actress. At only 13 years of age she was signed as a contract player for Metro-Goldwyn-Mayer. A few short years later, she was cast in her iconic role as Dorothy, the gingham-clad heroine, in The Wizard of Oz. By age 19, she had entered into her first of several marriages. By age 24, she had her first of three children, Liza Minnelli. And by 27, she had her first nervous breakdown and was released from her contract with MGM almost a year later, having completed more than 30 projects with them over a fifteen year period. It was a mixture of this arduous work schedule, personal strife and the way film studios behaved in the early 20th century, that attributed to her addiction and subsequent death from a barbiturate overdose.

Shortly before filming The Wizard of Oz, the studio grew concerned with the pacing of Garland’s schedule and her weight. In response to this, the studio executives gave her things called “Pep Pills” – an early form of amphetamine, meant to act as a stimulant to keep her alert enough to continue working and reduce her appetite to control her weight. The more concerned Judy Garland became about her weight, the more pills she took. This growing amphetamine use meant that Garland would find it difficult to sleep, so the studio would, in turn, provide sleeping pills (barbiturates) at the end of shooting for the day. While these drugs had the desired effect that the studio executives wanted, they also left Garland with a lifelong addiction.

The consequences of taking both “uppers” and “downers” are in your circulatory system. Amphetamines raise your heart rate (which also speeds up your metabolism, which is why Garland experienced weight loss) and barbiturates reduce your heart rate. Influencing your heart rate in such ways can lead to a fatal overdose that can cause a heart attack, as both the drugs are trying to work against each other.

Judy Garland’s mental health issues also exacerbated her addiction to amphetamines and barbiturates. Her obsession with her weight would cause her to take more stimulants. Her floundering career and failing marriages, led her to self-medicate her increasing depression with barbiturates. Garland even attempted suicide a few times, which had ultimately led to MGM releasing her from her contract. Garland, unfortunately, relied on the addiction to these drugs to continue her career at a breakneck pace. She eventually died of a barbiturate overdose at the age of 47.

Perhaps Judy Garland’s star would have shone a bit longer if there had been addiction recovery resources available to her at the time. Had Garland had the proper medical and addiction discoveries we have today, she would have learned healthy ways to control her weight and been given the proper medication and supervision to control her mental health issues. An organization such as Freedom from Addiction, an online resource center dedicated to reducing the stigma of addiction to drugs and alcohol, would have been of great benefit to Garland. If you or a loved one is suffering from addiction, please visit our website.