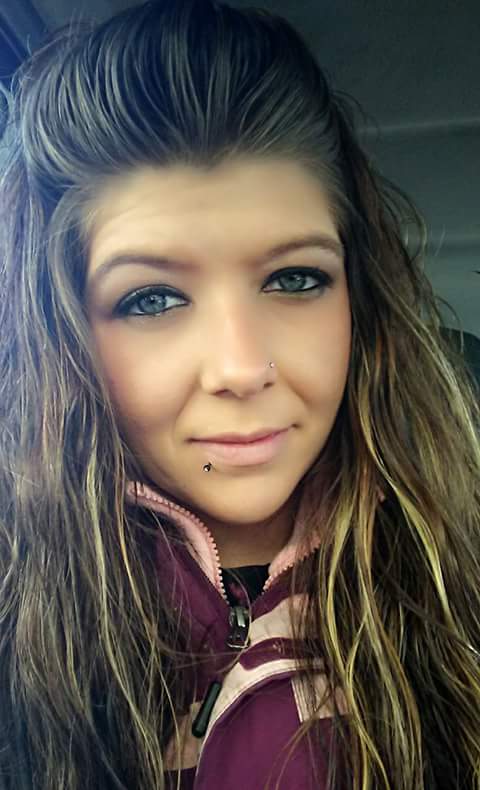 Those are words that I will struggle with every day for life. I was just 14 when I started smoking pot, which turned to abuse or prescription opiates and eventually heroin which is where my story begins!

At 23, I was introduced to heroin, and at that time in my life I had been through more painful things than any 23-year-old should have to, or so I thought. I grew up in a happy, loving home with my mom and siblings, my parents divorced, so that was the start to the first hurting I’d ever felt.

With time and age, the drinking and smoking pot progressed through Junior High to High School and my early 20’s. New relationships, friends dying and so on defined this chapter culminating in the worst domestic violence in a relationship I’d ever experienced.

By 24, I would have done anything to numb the pain, hurt, and abuse… When I started doing heroin, this is what I had found, freedom!

On February 14, 2009, I found out that I was pregnant, and I wanted more than anything to have this baby. I broke and sought recovery, staying sober through my pregnancy and the first four years of my daughter’s life. However, as quick as I had recovered, I relapsed again, only this time I didn’t know that my very own life was about to end shortly!

My heroin use had taken to an extreme, as I was using anywhere from $100 a day to $250-worth a day and I was injecting by this time. My use went from a “getting high” tolerance to an “I just need to get well” tolerance, and I say that because that’s exactly what you’re trying to do, to “get well”.

I had lost my daughter, I had lost my job, my family, and my life. I had seen people overdose and die in front of me, jumped and robbed for money and drugs. Heroin had taken over my soul and life but remained the only thing that loved me.

I ended up starting to sell heroin to take care of my habit and lifestyle, things were great, money was great, my life was great. You never know you’ll get caught, that never phases you until it’s too late. I had made a choice to get clean, fight for my child – my first true love. The withdrawals were nothing I would wish on my own worse enemy, it’s a hell that will make you wish you were dead, you would do anything to make it go away.

Upon recovering, seeing my daughter again I was brought in by the local state police, met at the state police barracks by the drug tasks force, I had wired sales against me, the feds had been watching me due to the people I was serving.

I was cited for distribution, sales of heroin and conspiracy. I moved away trying to start my life over, had a beautiful house, my daughter back, and one day during a peaceful walk with my daughter and boyfriend the state police picked me up and I found that I was being federally indicted– I was going to prison for heroin.

I went… I was released on pretrial release due to being clean, it’s the only reason I was allowed out but I had strong stipulations and consequences. It took a year to be sentenced. I was charged with some of the crimes and still remain under federal custody, I’ve had a second child since, a little girl, and still to this day I battle sobriety every day.

I remain on a maintenance program, I’m still proving myself to loved ones and the general public, I’m belittled and bashed for my use and past, but my experiences have made me strong. I live one day at a time and will remain to do so. I actively encourage recovery and sobriety, trying to help everyone I know who still suffer from addiction.

I pray my story brings inspiration and hope to people. Addiction in my own words is the devil in disguise, and if you don’t fight him, he will drag you to hell and back.

There is Hope. There is Help. If I could go back and just say now, going through what I have, I would. Seek help if you need it. Seek help for loved ones who need it. Don’t give up on an addict; we are people too. We never wanted this life, and yes, we have chosen it without knowing the real the consequences – I encourage people to educate themselves on addiction as it is a widespread epidemic that is tearing our world apart. So say “No,” help someone you know, lend your hand, stop pushing us away! Everyone needs love!