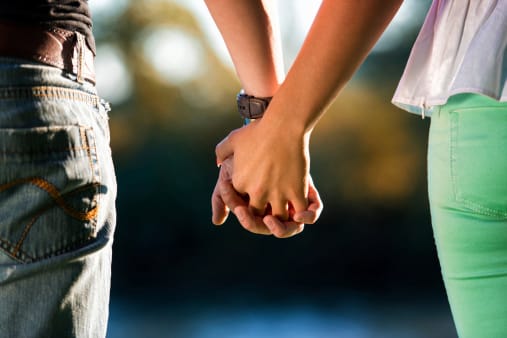 I was about to propose to my girlfriend of three years. I bought the ring, and even designed it with a jeweler. I was ready to pop the big question!

And then our lives fell apart.

In reality our lives had been falling apart for a while, but I couldn’t see it at the time. I thought we were fine.

We were at a wedding in Puerto Rico when my girlfriend told me she had a problem with opiates in the form of strong pain pills that people crush up and snort. She had brought a bottle of Percosets (opiates) on the trip and she was taking seven at a time because they weren’t as strong as the Oxis she was used to.

I had no idea that any of this was going on.

She asked me to hold the bottle for her, so I did. But then a few hours later she was begging me for the bottle back. I didn’t know what to do. How was I supposed to handle that situation?

I gave the bottle back and she took a handful of pills and passed out.

So later that night, after the wedding, her friends and I did an intervention. I should mention that we were drunk and high at the time. But we thought that she was the one with the problem! We had been partying hard and here we were telling her to take a look at herself.

She broke down and said she needed help, and that she wanted to go to rehab.

We came back home and she started doing research online. I knew nothing about sobriety or treatment centers. She started calling places that looked good on the Web. She knew she wanted to do inpatient out of state to get away from job, friends, and family. She wanted to get away from anything that would trigger her.

She found a rehab in Jacksonville, Florida that seemed great. They were nice to her on the phone. They answered her questions, they called her back. She called them back. And they made her feel safe and comfortable.

She also had to research her insurance to figure out what they would cover. Plus she had a job in the medical industry, so she needed to understand if her confidentiality would be maintained.

Finally she made the decision and she flew off to Florida for six weeks.

I visited her twice. The second time was for “Family Week” where each addict got the chance to do a therapy session with their family while the other families watch. The idea is that most addicts have a lot of family issues, and this is a chance to clear some of it up. Or at least to start talking about it. It’s also easier to make a change if the rest of the family is helping.

I learned a lot about addiction in those few days.

Addiction is a family disease. Really it’s two diseases intertwined: the addict has the addiction and family members may have codependency. There’s a whole separate support group for families of addicts–called Al Anon or Nar Anon–that helps people learn to live with active and recovering addicts.

The therapist told us that people in a family interlock like puzzle pieces. It’s hard for one person in a family to make a change alone, because the shapes of those puzzle pieces work to keep each person exactly the way they are. People snap back into their old roles.

Those six weeks in an out-of-state rehab help the addict build a solid foundation that they can use to stay strong as they come back to their families, friends, and jobs. Sometimes they have to put people down for a while during their recovery, and they reconnect once they’re strong.

The hardest part about having a girlfriend in rehab was that I felt I couldn’t talk to anyone about it. I didn’t want to tell my family or friends. The only people I could talk to was her family, which was weird. But they called me every day to check in on me. They turned out to be amazing, and they were the only support I had through the entire experience.

As part of my girlfriend’s stay in the rehab I realized that I needed to get sober too. So I started going to AA. I went to ninety meetings in ninety days. She got out of rehab and broke up with me, and I immediately went out and drank again. But I came back to AA the next day because I knew that’s where I needed to be. I decided to get sober for me, rather than for my girlfriend. Her breaking up with me turned out to be okay.

After my first ninety days of sobriety I was feeling so good that I went to ninety more meetings in the next ninety days. Now I had a support group to talk to about the issues I was having in my life. It was a relief not to have to hide things anymore. I kept going to meetings, and things kept getting better.

Now I’ve been sober for almost six years and I’m engaged to be married to an amazing woman. My life is so much better than it used to be. It’s amazing how things work out.