After years of playing catch-up, CDC said it's time to get ahead of the opioid epidemic 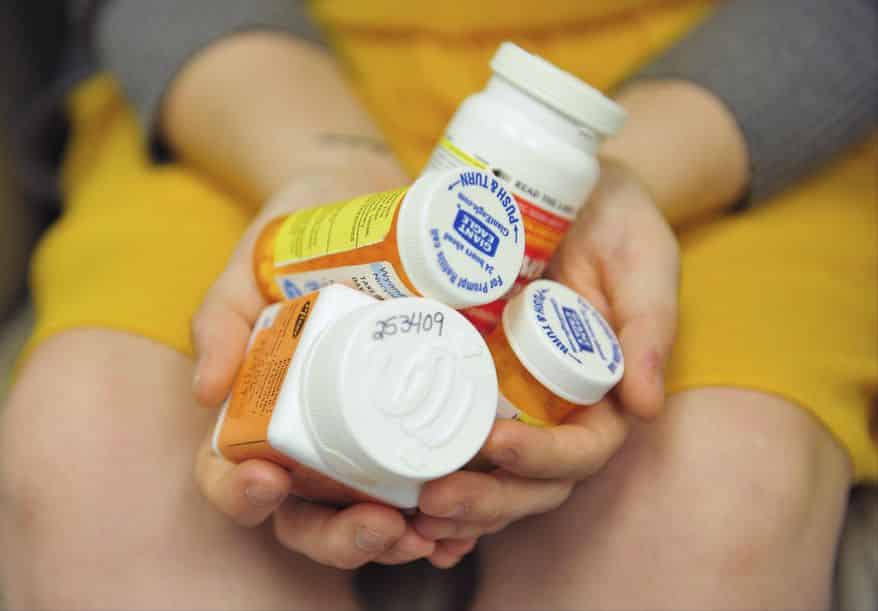 Ann Marie Perrotto fingers the heart-shaped locket hanging around her neck with a photo of her son, Christopher, then recounts how she had to buy the suit and tie she buried him in. Facing the television camera, she says her son died of an opioid overdose at age 22 after getting hooked just five days into his prescription. Her story is one of the poignant 30-second public service announcements the Centers for Disease Control and Prevention previewed Wednesday as part of a scared-straight-style campaign warning against the dangers of opioid abuse. After years of playing catch-up and watching the death toll mount, public health professionals said it's time to try to get ahead of the opioid epidemic with the same type of approach that has helped make major dents in cigarette use. "I lost everything. I had to leave school and stop playing sports in college, and I started to watch my life slip away," Mike, a recovering painkiller addict, says in one of the ads. "I want people to know that these drugs are addictive. Make sure this is something that's actually necessary because a lot of the times it isn't. One prescription can be all it takes to lose everything." The CDC this week rolled out a series of ads at a national summit in Atlanta on prescription drug and heroin abuse. Officials said they had piloted the ads in hard-hit areas of Ohio, Oregon, Rhode Island and West Virginia this year and will launch another round of ads in Ohio, Massachusetts, New Mexico and Kentucky. Health and Human Services Secretary Thomas Price announced at the summit that he is about to begin distributing $485 million in grants to states to deliver addiction treatment and expand the use of overdose-reversing drugs such as Naloxone. "This year's grants are far from the end of our commitment: There is another half-billion dollars in state grants that will go out next year, based on what we learn from this round about what works best and what communities need," Mr. Price said. Opioid abuse is one issue that unites all sides in Washington, and the Obama administration's efforts have been seamlessly picked up by the Trump administration. On Capitol Hill, lawmakers are increasingly focused on trying to get ahead of the epidemic, hoping to rein in drug companies' marketing tactics, limit the supply of painkillers for things like broken bones or tooth pain, and root out illicit fentanyl and the synthetic opioids being smuggled through the U.S. Postal Service. Acting CDC Director Anne Schuchat said while the U.S. has made strides in cutting rates of heart disease and other illnesses, overdose deaths are "one of the few areas we're going backward in." "Prevention is the best way to save lives and is the most cost-effective way to save lives, so we hope it will be prioritized," she said. Sens. Kirsten Gillibrand, New York Democrat, and John McCain, Arizona Republican, this month filed legislation that would limit the supply of opioid painkillers to seven days if a patient is being treated for acute pain, such as a wisdom tooth extraction, as opposed to long-term scenarios such as cancer treatment or hospice care. "Our bipartisan bill would target one of the root causes of the opioid addiction crisis, which is the overprescription of these powerful and addictive drugs for acute pain," Ms. Gillibrand said. Mr. McCain said the legislation is modeled after an executive order Arizona Gov. Doug Ducey issued in October. The governor, citing a boy who was sent home with a 30-day supply of opioids after a dental procedure, said at the time that easy access to powerful pills has to stop. Dr. Schuchat, who previewed the campaign at the Atlanta summit, said the CDC laid the groundwork for its consumer outreach by tightening its prescribing guidelines last year. But to change behaviors, they knew it was important to reach out to consumers as well, so patients and doctors can have a dialogue about what is necessary to manage pain, she said. "I think we recognized that overprescribing was a big problem here," Dr. Schuchat said. The CDC awareness campaign focuses on Americans ages 25 to 54 who have taken opioids for either medical or recreational use. The CDC has spent $4.2 million so far. It hopes to tap a mix of federal resources from an imminent spending bill in Congress and state funds to fine-tune and distribute the ads in dozens of other states by next month. The CDC hopes the ads are just as successful as its' Tips from former smokers ads, which featured heartbreaking stories from people suffering from the ill effects of cigarettes. The spots linked to a CDC website and tip line and prompted an estimated 500,000 people to quit. Similarly, the opioid ads link to a CDC website on drug overdoses. Officials said the piloted ads produced 350,000 hits during the first round. "Our initial assessment is they really resonated," Dr. Schuchat said.

By Tom Howell Jr. via The Washington Times

Photo via the Associated Press