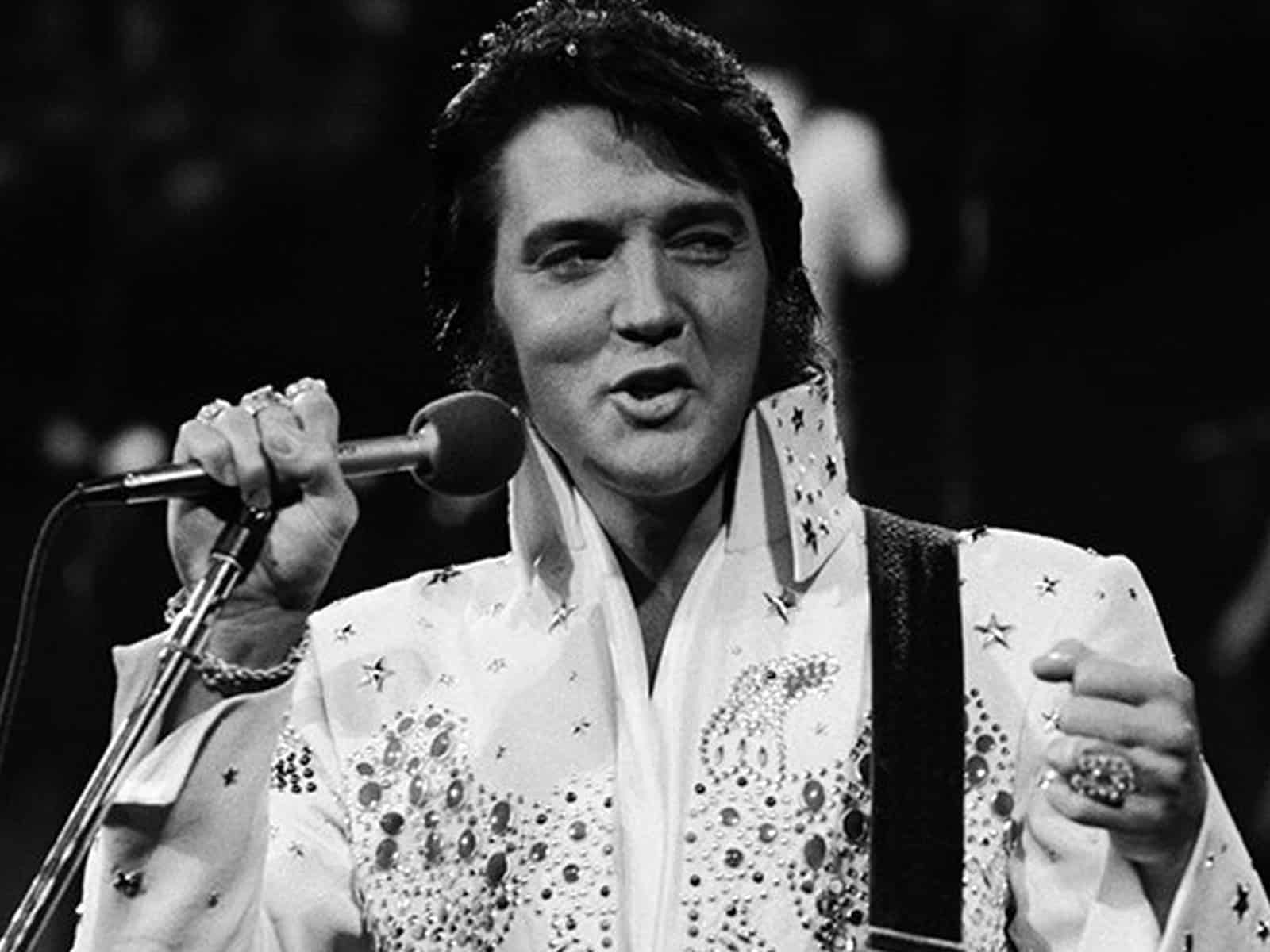 Elvis Presley was born in Tupelo, Mississippi, and was the only surviving twin, his brother Jesse was stillborn before him. Presley enjoyed music at a young age by hearing gospel music at the Pentecostal church he and his family frequented. He was encouraged by his elementary school teachers to enter a singing contest at the State Fair in 5th grade - a contest he recalls placing fifth. Shortly after that, his family bought him a guitar for his birthday and so his affair with music began.   Presley was self-taught. After that first gift of the guitar, he learned to play by watching other family members play and by ear. Throughout Presley's life, he would never learn to read music. Presley would often bring his guitar to school and play during lunch time, an act that would cause him to be regarded as "trashy" because he wasn't learning to play what was considered mainstream at the time, he was playing hillbilly music. Presley was heavily influenced by the largely African-American population of the town he lived in - something not appreciated by the segregated school he attended.   Presley never was considered a prodigy in music by teachers, often garnering mediocre grades and barely placing in contests - Presley was shy and often disliked singing in public. In 1953, Presley walked into Sun Records, claiming to want to just record a couple of songs for his mother's birthday. After management had heard him sing, he was signed and his now phenomenal career began - with familiar hits like "Heartbreak Hotel," "Jailhouse Rock," "Hound Dog," and "Can't Help Falling in Love with You."

After the end of his marriage to Priscilla, Presley started to spiral. Shortly after the divorce, he overdosed twice on Demerol, an opioid pain medication, causing him to be comatose for several days. Dr. George Nichopoulos (commonly known as Doctor Feelgood) wrote over 10,000 doses of various prescription medications to Elvis Presley over the course of that year. According to Dr. Nichopoulos, "[Presley] felt that by getting it from a doctor, he wasn't the common everyday junkie getting something off the street."

This roller coaster cocktail of prescription drugs Presley had been on his entire career, enlarged his heart, weakening it. After years of his love life and career being in a steady decline, Elvis Presley died on August 16th, 1977 of a heart attack induced by a barbiturate overdose.

Presley's addiction to barbiturates and amphetamines was something he would carry his entire career. He used amphetamines to control his weight and to stay awake during his long touring schedule. And then he would take barbiturates to come down at the end of the day and treat his insomnia and sleepwalking - a practice commonly referred to as taking "uppers and downers."

The symptoms of the barbiturate addiction were evident in some of his live performances, where he would lean on the microphone stand for support, slur his words and otherwise be unintelligible. The symptoms of amphetamine addiction, however, were less obvious. However, it did decrease his appetite enough to control his weight, to the point where when Presley ceased to use them (in favor of different drugs) his weight ballooned.