How Prince Concealed His Addiction: Aspirin Bottles of Opiates 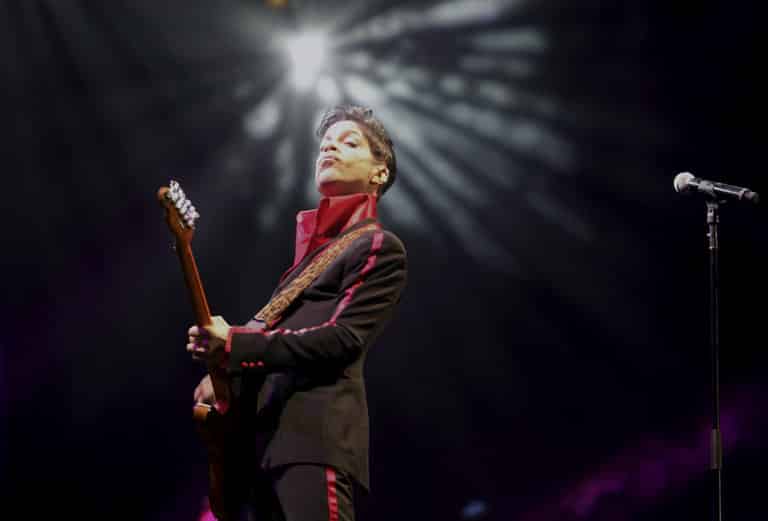 At the time of Prince's death, his Paisley Park home and recording compound in Minnesota were strewn with "a sizable amount" of narcotic painkillers for which he did not have prescriptions, including some hidden in over-the-counter vitamin and aspirin bottles and others issued in the name of a close aide, according to newly released court documents related to the investigation into the accidental opioid overdose that killed Prince last year.

Search warrants and affidavits from the Carver County Sheriff's Office, which is leading the continuing homicide investigation in conjunction with the Drug Enforcement Administration, were unsealed on Monday.

The documents do not solve the mystery of where Prince got the powerful opioid fentanyl that killed him. But they sketch a picture of how this musician, a strict proponent of clean living who suffered from chronic hip pain, concealed his opioid addiction using a variety of methods, including mixing various prescription pills in bottles for everyday products like Bayer and Aleve. In at least one instance, Prince procured an opiate prescription in the name of Kirk Johnson, a personal friend and employee since the 1980s, according to investigators.

Prince was found dead in the elevator of his home in Chanhassen, Minn., on April 21, 2016, by Mr. Johnson and others after he ingested the fatal amount of fentanyl, which is often used to manufacture counterfeit pills that are sold on the black market as oxycodone and other pain relievers. Investigators have said they are most concerned with who obtained the fentanyl, and have yet to charge anyone in Prince's death. They noted in court records that those who were present at the home that morning "provided inconsistent and, at times, contradictory statements."

The warrants, dating from April to September of last year, show investigators tracking to what extent Mr. Johnson had helped Prince conceal his drug habit, at one point applying for a search warrant for Mr. Johnson's cellphone records. Dr. Michael T. Schulenberg, who treated Prince for the hip pain in the weeks before his death and arrived at Paisley Park with test results that morning, told investigators that he had prescribed the singer oxycodone on April 14, a week before the fatal overdose, "but put the prescription in Kirk Johnson's name for Prince's privacy," according to a search warrant.

That prescription was filled on the same day that Prince's private jet was forced to make an emergency landing in Illinois after the singer overdosed during a flight home after a concert in Atlanta. Mr. Johnson told hospital staff at the time that Prince "may have taken Percocet," an opioid containing oxycodone, on the plane, according to one application for a search warrant.

In a statement, Dr. Schulenberg's lawyer, Amy S. Conners, took issue with the assertion that her client had acknowledged prescribing oxycodone for Mr. Johnson that was actually intended for Prince. "Dr. Schulenberg never directly prescribed opioids to Prince, nor did he ever prescribe opioids to any other person with the intent that they would be given to Prince," the statement said.

Ms. Conners has said that the physician has not been interviewed by investigators since the day Prince died. Dr. Schulenberg has not been the subject of any disciplinary action, according to the records of the Minnesota Board of Medical Practice.

Ruth Martinez, the board's executive director, said that Minnesota state law "says you have to write a prescription for the person for whom it is intended. That's reinforced by federal statutes." She said that the board does not comment on whether a doctor's conduct is being reviewed.

In several instances, Mr. Johnson, who had unrestricted access to Paisley Park, told the investigators that he had limited knowledge of Prince's dependence on painkillers. On the day before the singer's death, Mr. Johnson said he went to a local Walgreens to pick up three prescriptions issued by Dr. Schulenberg for drugs often used to treat anxiety; according to the court papers, he said it "was the first time he had ever done something like that for Prince."

Among the evidence found at Paisley Park was a suitcase with a name tag for "Peter Bravestrong," an alias used by Prince, containing several prescription bottles in Mr. Johnson's name. (The suitcase also contained lyrics for the song "U Got the Look," apparently in Prince's handwriting, according to investigators.) In addition to Prince's bedroom, pills were found throughout the residence, including in the laundry room, the police said.

A lawyer for Mr. Johnson, F. Clayton Tyler, said in a statement: "After reviewing the search warrants and affidavits released today, we believe that it is clear that Kirk Johnson did not secure nor supply the drugs which caused Prince's death. There will be no further comment."

The Associated Press has reported that Mr. Johnson has not been interviewed since hours after Prince's death. In a recent interview with CBS, including a tour of the Paisley Park compound, Mr. Johnson was asked about Prince's final days. "Kirk has a vault," he said. "Right here. It's never gonna be unlocked."

Among the drugs seized were 20 and a half white pills labeled "Watson 853," a mix of acetaminophen and hydrocodone, that were found in an Aleve bottle. Investigators later found that the pills contained fentanyl, according to published reports, but they have not given any indication as to whether those pills are tied to Prince's death. Notes from investigators say that 64 and one-quarter matching Watson 853 pills were also found in a Bayer bottle, and another 15 were discovered in a second-floor dressing room.

Some overdoses, officials say, are attributable to the fact that people take what they believe is a pain pill of a strength they are familiar with and die because they are unaware it has been produced with a much stronger drug, like fentanyl.

Others who spoke to investigators included Andrew Kornfeld, the son of Dr. Howard Kornfeld, an opioid-addiction specialist who had been called on to treat Prince. Andrew Kornfeld arrived at Paisley Park after Prince had died with a small dose of the drug Suboxone, an anti-addiction agent and controlled substance. He is the person who called 911.

Andrew, who is not a doctor, told investigators that he had not planned on administering the drug until he had consulted with a physician authorized to prescribe it. His lawyer, William Mauzy, said that he believes Andrew is exempt from criminal liability as a result of Minnesota's Good Samaritan law, which protects a 911 caller and the overdose victim from prosecution for drug possession.

Also interviewed was the singer Judith Hill, who was in a romantic relationship with Prince and was on board during the diverted flight.

In addition to an Apple laptop belonging to Prince, who stopped using a cellphone after his was hacked, friends said, investigators received warrants for numerous email addresses - including mistag3@gmail.com, peterbravestrong@gmail.com and paisleyparkafterdark@gmail.com - that Prince used to communicate with his tight inner circle.

"We've gained a lot of progress over the last year, but there still is some more work to be done," he said.

By JOE COSCARELLI and SERGE F. KOVALESKIAPRIL via The New York Times