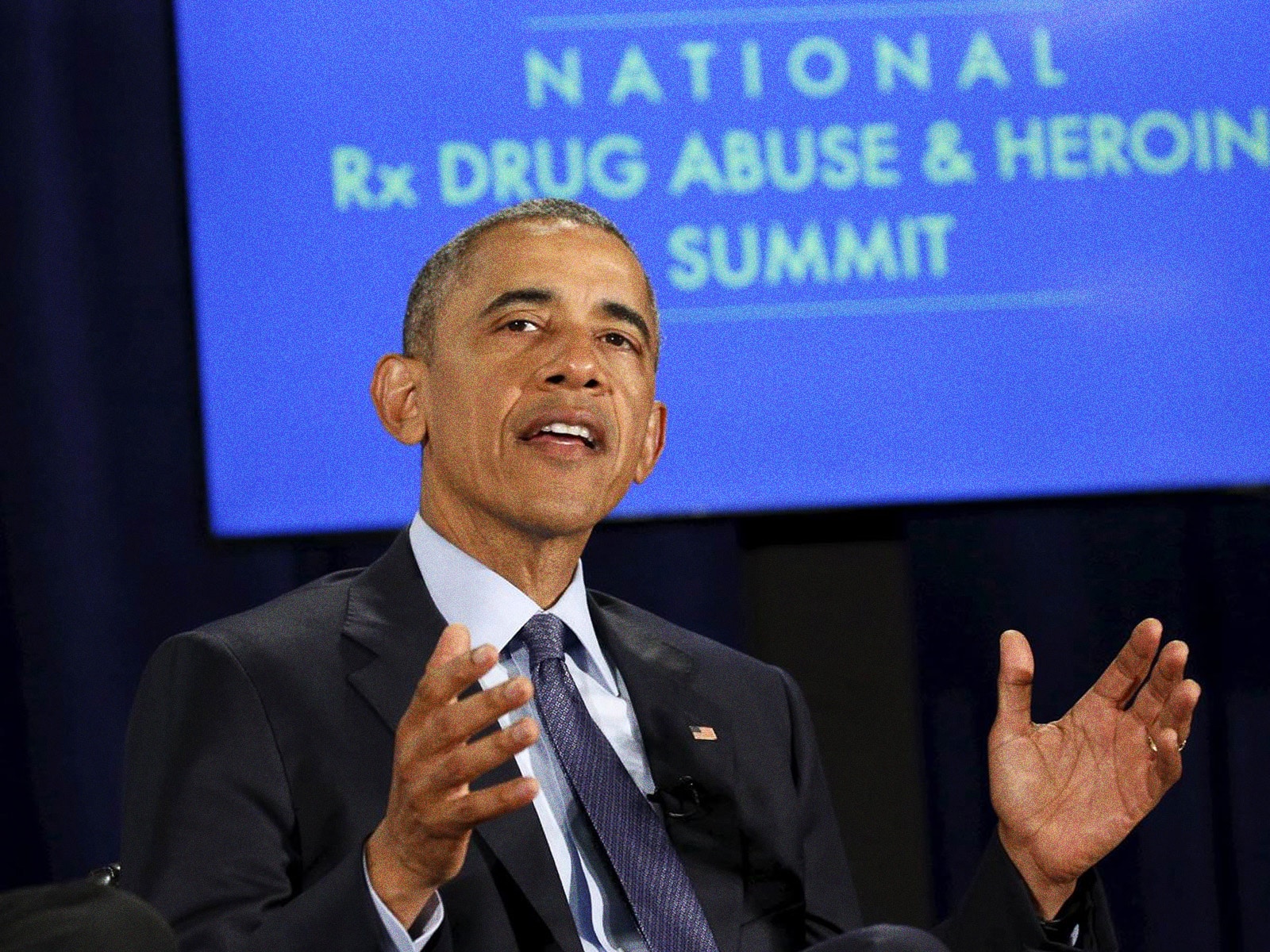 This past week, President Barack Obama addressed the nation at the National Rx Drug Abuse and Heroin Summit in Atlanta. As reported on CNN, he talked about addiction and its hold on certain people and our obligation to find out more about the disease. “I wasn’t always as responsible as I am today. In many ways I was lucky, because for whatever reason addiction didn’t get its claws on me … except cigarettes,” he says. “Regardless how individuals get into theses situations. We don’t know everything. There may be genetic components. Addictions may be different for different people. What we do know is there are steps that can be taken to get through addiction and get to the other side, and that is under-resourced.”

To give his statements legs, he announced several initiatives, those being, as reported by CNN:

Providing $11 million dollars to states to expand medication-assisted treatment therapies, like methadone and burenorphine, which administer drugs along with therapy to manage withdrawal and recovery

Adding an additional $11 million to state efforts to use naloxone, the opioid reversal drug

Establishing a Mental Health and Substance Use Disorder Task Force

With 78 Americans dying every year because of opioid overdoses, according to the Centers for Disease Control and Prevention, the president’s initiative is a must. He urges to fully understand addiction and abuse there needs to be a fundamental change in the way we treat those suffering with addiction, thus moving further away from the stigma of what drug addiction is and has been considered.

The way in which we’ve treated addiction before is “unscientific, inhumane and frankly ineffective,” explains Dr. Leana Wen, commissioner for the city of Baltimore. However, with plans like these in place, fighting the opioid epidemic is becoming America’s top priority and getting a grasp on the addiction our citizens is facing is becoming a reality.