Is LSD Addictive Or Habit Forming? 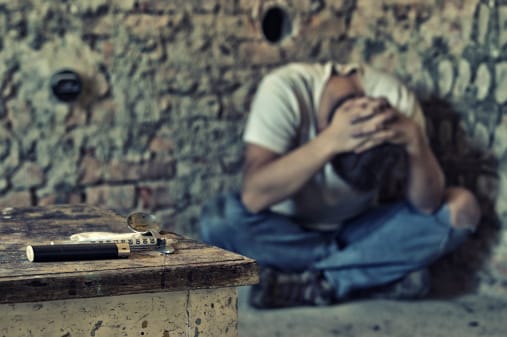 People abuse a wide range of addictive substances, and sometimes they don’t know what actually classifies a person as an addict. One category of drugs that people are often confused about is hallucinogens. These types of drugs include mushrooms, LSD, and PCP. Many people believe that these drugs aren’t a problem because they only use the drug when they’re partying or want the experience. If you’ve been abusing hallucinogens, you may be asking, “Is LSD addictive or habit forming?”

Before answering the question, “Is LSD addictive or habit forming?” it’s important to understand what the drug is and how it works. D-lysergic acid diethylamide is the full name of LSD, which is one of the most powerful hallucinogenic drugs in the world. Gaining popularity in the 1960s, the drug is a mood-changing chemical. While under the influence of LSD, a person may see images that seem real, but they are not, and the drug can have cause a variety of health risks.

IS LSD ADDICTIVE OR HABIT FORMING?

It took many years for medical science to study addiction and fully understand it. Addiction involves a mental obsession and physical craving, which leads to uncontrollable drug-seeking behaviors. The National Institute on Drug Abuse (NIDA) doesn’t classify LSD as an addictive substance because there’s no evidence that it creates these types of uncontrollable behaviors. A person using LSD can build a tolerance though. The longer individuals are abusing the substance, the more they will need in order to get high.

Those abusing LSD can easily find their lives becoming unmanageable. Not only can the habit of using this drug cause problems with friends and family, but it also causes different types of health issues. Some of the short-term effects of using LSD include increased blood pressure, insomnia, paranoia, panic and psychosis. The long-term effects of LSD use include speech problems, memory loss, weight loss, anxiety, depression and suicidal thoughts.

DO YOU NEED HELP?

Although the NIDA doesn’t classify LSD as an addictive substance, those who seek drug abuse treatment are ones who have started to have personal and social problems due to their use of the substance. If you’ve found that your use of LSD is causing you more harm than good, it may be time to find a treatment center that can help you discover a new way of living.

Freedom From Addiction works with treatment facilities all over the country, and we can find the one that’s right for you. Call us today at 1-844-HELP-NOW.