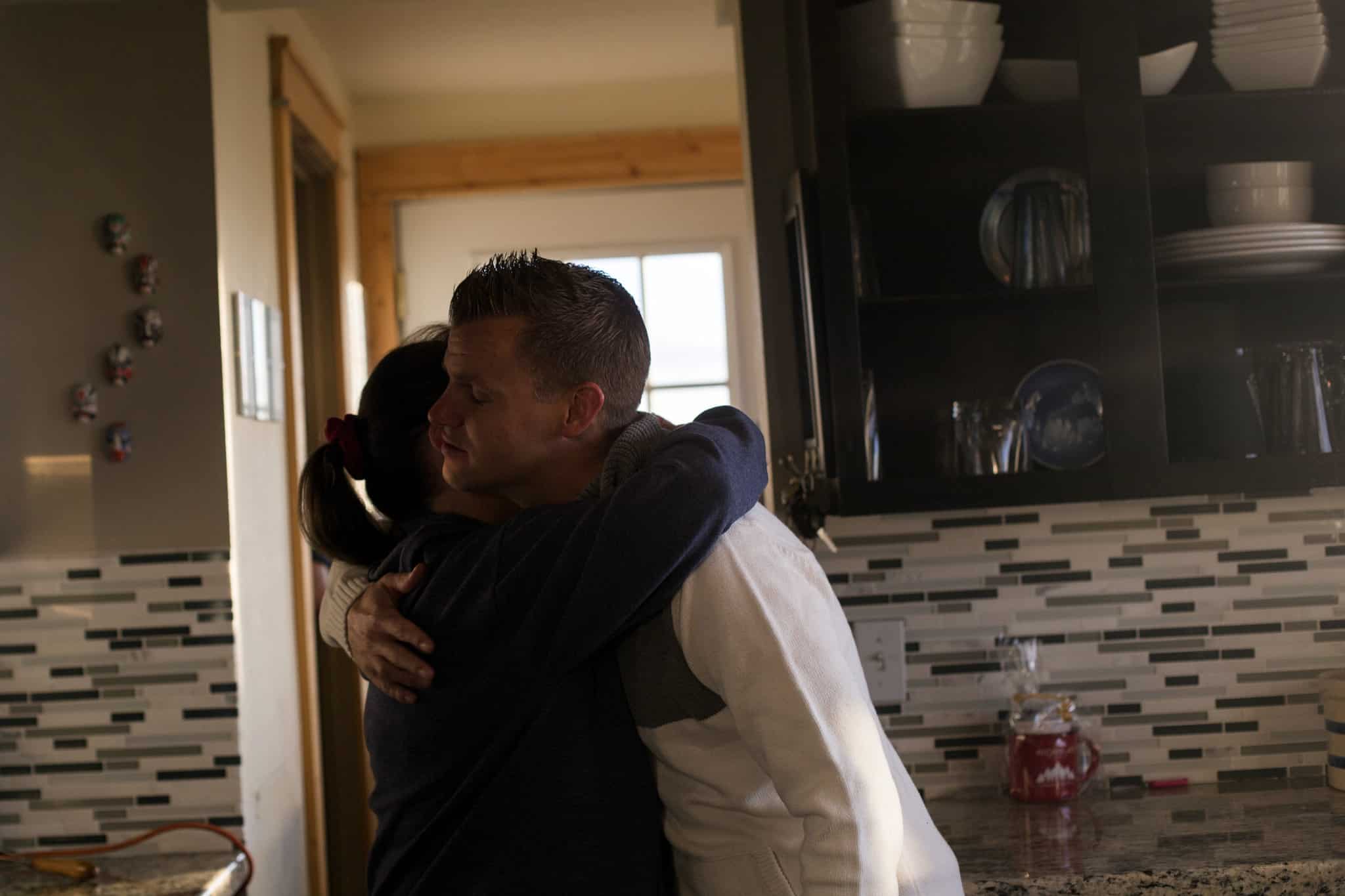 Kolton World, 30, hugs his mother, Marsha, before she leaves for her job at a dry cleaner in Huntington, Utah. Every day she gives him one pill of naltrexone to control heroin cravings. The Four Corners Behavioral Health center in the nearby town of Price is the only substance-abuse center for miles. Three of its staff members have lost family members to addiction. Credit Cayce Clifford for The New York Times

Staying Clean in the High Desert

As she drives to work each morning, past horse ranches and nodding oil pumps, Marsha World stops to give her son, Kolton, a pale yellow pill to help keep him off heroin for another day.

There are few options for drug treatment in the high desert of central Utah, a remote expanse of struggling coal mines, white-steepled Mormon towns and some of the country’s highest opiate death rates.

The lone doctor licensed to prescribe one addiction-treating drug has a waiting list. The main detox center is the county jail. So mothers like Ms. World occupy the lonely front lines of a heroin crisis that has reached deep into the remotest corners of rural America.

The sun was just skimming over the sagebrush hills when Ms. World climbed out of her car and palmed that day’s naltrexone pill for her 30-year-old son. Unlike other medications Mr. World has taken over 11 years of addiction and rehab, jail and relapse, this one seemed to help.

Mr. World was in a treatment program ordered by the local drug court, and Ms. World had promised the judge she would keep the pills at her house and bring one to him. Every day.

The rate of prescription overdose deaths among the 32,000 people sprinkled across two neighboring counties in this corner of Utah is nearly four times the state average. Addiction has rippled through ranks of miners who relied on pain pills after years of digging coal and working in the power plants.

Karen Dolan, who runs the Four Corners Behavioral Health center in the nearby town of Price, the only substance-abuse facility for miles, said three of her staff members had lost family members to addiction. At the power plant where her husband works, some of his co-workers’ family members have died of overdoses. Heroin accounts for 31 percent of the clinic’s admissions, up from 3 percent in 2010.

“People call every day and say, ‘Do you have an opening?’” Ms. Dolan said. “We don’t have any money to pay for medication-assisted treatment, and we don’t have prescribers to provide treatment.”

After years struggling with heroin addiction in Salt Lake City, Mr. World moved back in 2013, to the community where he had grown up in a loving family that went to Mormon services on weekends. (He is no longer a part of the church.)

But it was no sanctuary. When Mr. World found a stray Chihuahua on the road a few months ago, it turned out the dog’s young owner was in jail because of an opiate addiction. And getting drugs here proved just as easy as in the city: One Facebook message to an acquaintance did it.

But it has been more than 300 days since he last used. His days now are work, therapy, random drug tests at the sheriff’s office and morning visits from Mom.

“Love you,” she said after he took his pill. She hugged her son and his boyfriend goodbye, and drove to her job at the dry cleaner.

By Jack Healy via The New York Times