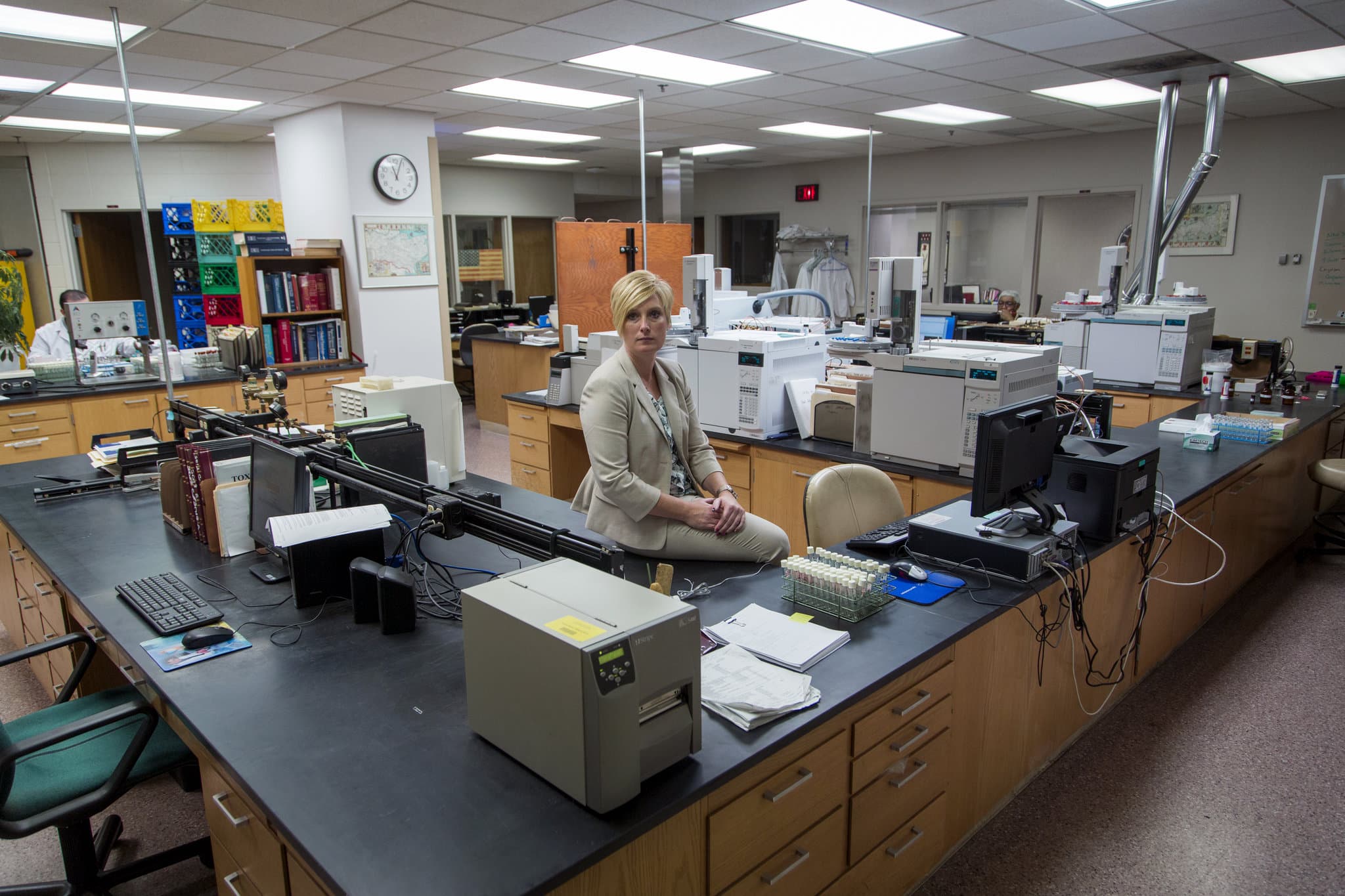 In the End, Uncomprehending

Sometimes they call themselves “the last responders.”

They work in the county medical examiner’s office, in a low-slung brick building downtown in the shadow of an old Pabst factory. Here is where they take over after a drug addiction has been more powerful than pleas from family, 12-step programs or even Narcan.

“We’re the end of the line,” said Sara Schreiber, the forensic technical director, walking through the autopsy rooms to talk about the office’s part in the opioid addiction epidemic — a crisis that has hit especially hard here.

Last year, 299 people in Milwaukee County died of drug-related overdoses. One of them was the medical examiner’s own son.

Adam Peterson died in September at the age of 29, found unresponsive in a friend’s apartment. “At this time I am not speaking publicly about Adam’s death, and I appreciate your forbearance as my wife and I work through this issue,” his father, Brian L. Peterson, the medical examiner, wrote in an email.

Dr. Peterson has continued his work despite his grief. He oversees a staff of nearly 30 people — administrators, toxicologists and laboratory employees — who have perhaps never been more overwhelmed. They are confronting a surge of drug-related deaths in Milwaukee County, the most populous county in Wisconsin, with nearly one million people in the city and suburbs.

They have witnessed an alarming rise in drug-related deaths for years now: 251 deaths in 2014, 255 in 2015, and they surpassed those figures in 2016. Dr. Peterson’s son was among those who died last summer in a surge of overdoses that in seven weeks took more than 70 lives.

Ms. Schreiber has witnessed much of the epidemic. The victims have been mostly middle-aged; more male than female; more white than black.

As she walked through the laboratory, she pointed out the epidemic’s effects. Now, the machines that analyze blood to help determine the ever-more-toxic blends of drugs are running far more often. They’re juggling more cases and analyzing more specimens than before.

Ms. Schreiber and her colleagues struggle with questions that they cannot answer. What can they do to stem the epidemic? How can they influence people while they are still alive?

It’s hard to know where to begin, she said. “You can’t outrun it.”

By Julie Bosman via The New York Times