What is Evidence-Based Treatment for Addiction? 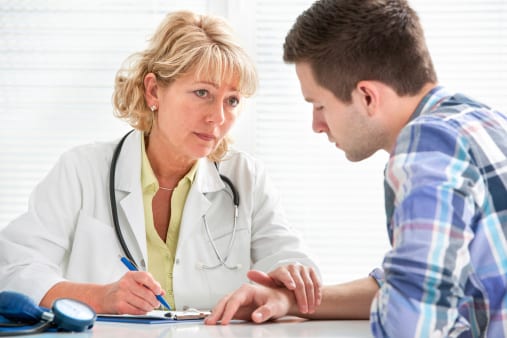 There are drug and alcohol rehab centers all around the country, and each one has their own methods of helping alcoholics and drug addicts get sober and stay sober. Unfortunately, there are many drug and alcohol rehab centers out there that are taking advantage of people and families who are in a bad situation, so the rehab claim that it has the answer for all of their problems is doing little to help the situation.

There are many drug and alcohol rehab centers around the country that use their own methods that have little or no scientific backing or statistics of being successful at all. This can be very discouraging to addicts because they think they failed, but the reality is that the rehab should have been using evidence-based treatment.

WHERE DID EVIDENCE-BASED TREATMENT FOR ADDICTION COME FROM

For many years, people in the medical field were baffled at how drug addicts and alcoholics could return to the same substances that were destroying their lives. It was often thought that addicts and alcoholics were making very poor decisions and they could quit on their own if they had enough willpower, but throughout the years it was proven that addicts suffer from a severe mental illness.

Science showed that addiction is a legitimate disease. As a result of these findings, medical science was finally able to start thinking of ways to help addicts recover, and they do this through evidence-based treatment for addiction.

WHAT IS EVIDENCE-BASED TREATMENT?

While there are drug and alcohol rehab centers using methods they’ve created on their own, there are also evidence-based treatment methods that have been scientifically shown to work. When you go to a drug and alcohol rehab that uses evidence-based treatment, you can rest assured that their methods have been validated in medical journals or at different medical universities from around the world.

If you’re tired of living the way you’ve been living and are looking for freedom from addiction, we want to be by your side. Freedom From Addiction will help you find a drug and alcohol rehabilitation center that suits your needs and uses treatment methods that work. Call us today at 1 844 HELP NOW.