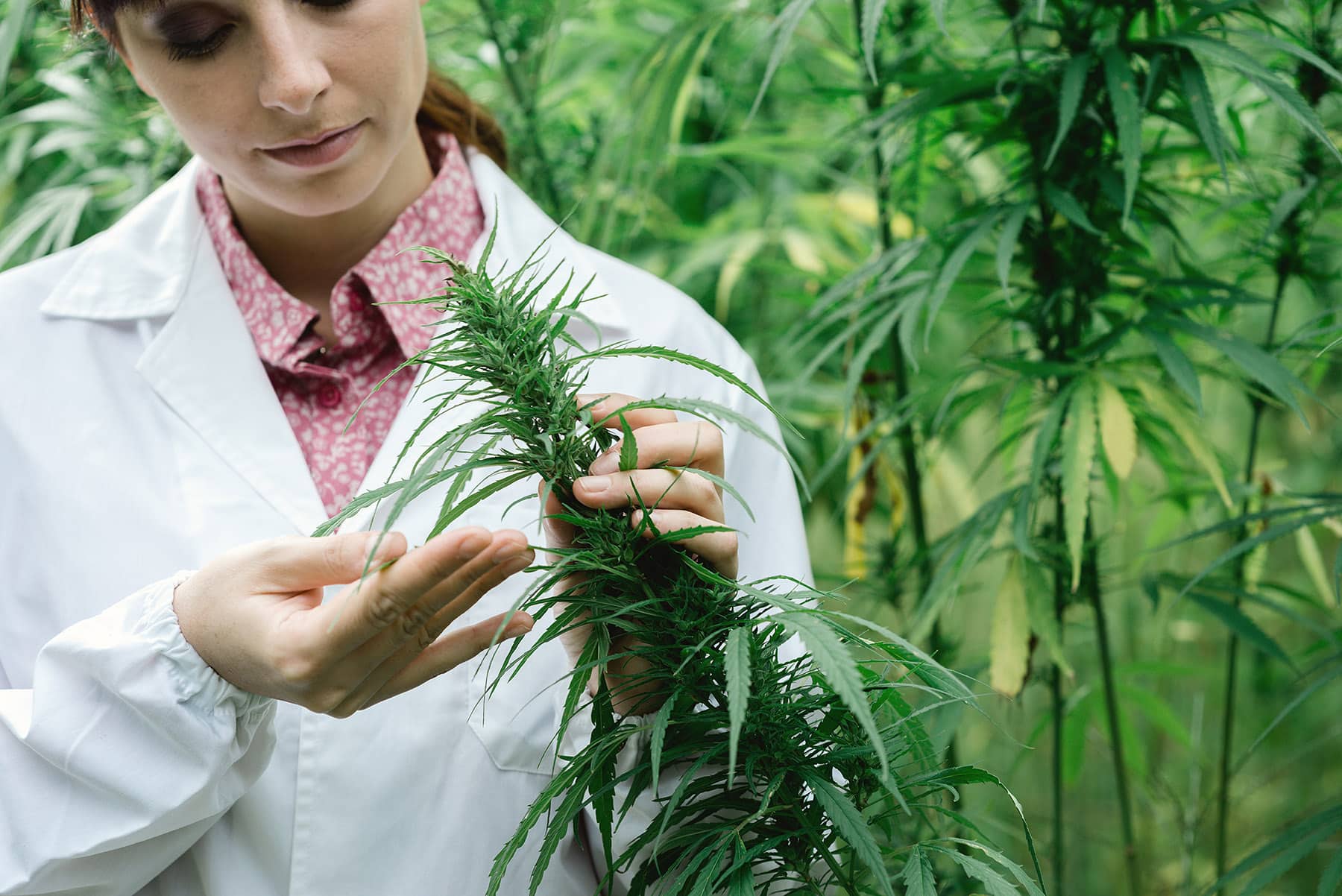 Although many in the medical community believe cannabis can reduce pain patients' dependence on opioids, some say barriers to marijuana research still exist.

After watching a generation of patients fall victim to overdoses and addiction from the mass prescribing of pain pills, researchers seeking alternatives to prescription opioids are turning more frequently to a drug the federal government has long said is neither safe nor effective for the treatment of any medical condition.

A growing consensus in the scientific and medical community points to marijuana having the potential to reduce patients' dependence on prescription painkillers and help roll back the opioid epidemic ravaging communities across the United States.

Although some government agencies, such as the National Institutes of Health, are slowly evolving their stance on cannabis, others like the Food and Drug Administration and the Drug Enforcement Administration aren't convinced of its medical potential. They classify marijuana as a Schedule I drug, alongside drugs such as heroin and ecstasy, and say more clinical trials are needed to demonstrate an accepted medical use for the plant and its extracts.

Some researchers who spoke with NBC Bay Area called it a bit of a catch-22. The government wants to see more tests, but because it's a Schedule I drug, researchers studying the therapeutic effects of marijuana are subject to tight controls and limited federal funding.

"I'm a total believer," said Marin County pain management doctor Michael Moskowitz, who has practiced medicine for 40 years. "I'm not a believer like I believe in the religion of marijuana. I'm a believer in the science of it"

Moskowitz has been tracking the results of 78 patients using medical cannabis in conjunction with prescription opioids. His data shows more than half of those patients were able to reduce their dependence on opioids, and five have stopped taking them altogether.

"I was listening to people say they are lowering their medicines, but when I actually looked at the data, I was blown away," Moskowitz said.

One of those five patients is an East Bay grandmother who suffered through a decade of sometimes unbearable chronic pain after neck surgery, a car crash and breast cancer. She asked her name be kept private over concerns her career in healthcare could be impacted, despite the recent legalization of marijuana in California.

"I feel like if I pulled all of my hair out it would be better than what I was going through," she said.

Just like tens of millions of other Americans, she relied on a bevy of prescription painkillers to get her through each day.

According to federal data, more than one-third of people in the United States age 12 and over took prescription pain killers in 2015. Even in the Bay Area, where the epidemic is mild compared to other parts of the country, state data shows about 1,200 people have died from prescription opioid overdoses between 2011 and 2015.

The grandmother says she took the drugs responsibly and never developed any dependency issues, but remained wary after a career in healthcare exposed her to their potential harm.

When Moskowitz approached her about trying medical cannabis, she was nervous at first. She had no interest in "getting high." But faced with the alternative of chronic pain and a dependence on prescription painkillers, she decided to dip her toes in the water, and started with a strain low in THC, the principal psychoactive component of cannabis.

"I wasn't sure if it would work or not," she said. "I was nervous and shy about the whole process until I began to realize I was getting better."

Moskowitz refers patients to Synergy Wellness, a medical cannabis collective in Marin County that specializes in products that heal without the high. Owner Leonard Leinow says half his members are patients seeking medical marijuana to get off their pain pills.

Although Moskowitz has seen success with his own patients and believes marijuana should have a prominent place in treating pain, he says more clinical trials are needed to sway the greater medical community.

"Most doctors have adopted the stigma that [cannabis] is a substance of abuse and has no accepted medical use," Abrams said.

Abrams became interested in studying cannabis in the early 1990's and has since become one of the world's foremost experts on its therapeutic potential. In 2016, he was part of a committee at the National Academies of Sciences, Engineering, and Medicine that spent six months reviewing all of the published literature on the health benefits of cannabis and its compounds.

"It's very difficult to find published studies in the literature looking for a potential benefit of cannabis," Abrams said. "As an oncologist in San Francisco for three-plus decades, I can tell you that I've seen my cancer patients decrease the doses of opiates or wean totally of them altogether by using cannabis."

Abrams said there's a need for more randomized, placebo-controlled studies to gain a full understanding of the plant and convince the greater medical community of its potential. Now, Abrams is running just one of eight clinical human trials in the country funded by the National Institutes of Health that study the medical benefits of cannabis or one of its compounds.

This is the kind of study officials at the FDA and DEA want to see more of before accepting cannabis as a drug with medical benefits.

"The FDA's scientific and medical evaluation has determined that the marijuana plan continues to have high potential for abuse and does not meet the criteria outlined by the [DEA] for currently accepted medical use, requiring its continued placement in Schedule I under law," FDA spokesperson Michael Felberbaum said in a written statement.

But some agencies within the federal government, such as the National Institute on Drug Abuse (NIDA), which currently funds more cannabis research than any other NIH institute, are shifting their positions on the drug. According to NIDA, its mission traditionally was to study the adverse effects of drugs and develop treatments for addiction. NIDA says it recently broadened its portfolio to include studies on the therapeutic potential of cannabis, which it says is a reflection of increased interest from the research community.

A recently posted entry on NIDA's website specifically discussed the potential of cannabis to reduce prescription opioid use in pain patients.

"Research into the effects of cannabis on opioid use in pain patients is limited, but data suggest that medical cannabis treatment may reduce the dose of opioids required for pain relief. In addition to its research portfolio on the roles of the cannabinoid and opioid systems in pain, NIDA is funding additional studies that will provide data relating to medical marijuana and opioids," it says.

Another recent NIDA study looking at Medicare prescription drug data found that opioid prescriptions were significantly down in states with access to medical cannabis.

Even the DEA, which has yet to budge on its position that marijuana should remain a Schedule I drug, recently began approving more growers to meet the rising demand from researchers. As of now, the only approved source of cannabis for research purposes is a lab at the University of Mississippi.

Yet others in the federal government, including Attorney General Jeff Sessions, remain unconvinced that tight controls on marijuana should be lifted.

"I am astonished to hear people suggest that we can solve our heroin crisis by legalizing marijuana so people can trade one life-wrecking dependency for another," Sessions said at a recent conference for Virginia law enforcement officials.

For researchers like Abrams, the strict controls on cannabis limit his ability to study the drug. He not only needs to get approval from a handful of government agencies, but it can also take a long time to obtain the product and there are limited strains available for testing.

"As long as we have the DOJ making decisions as opposed to scientists and physicians, something is broken," he said.

But Abram says those hoops are worth jumping through given the potential he sees in the plant.

"It's a lot of work and there are a lot of barriers, but I still think that they're worth trying to overcome to answer important questions," he said.