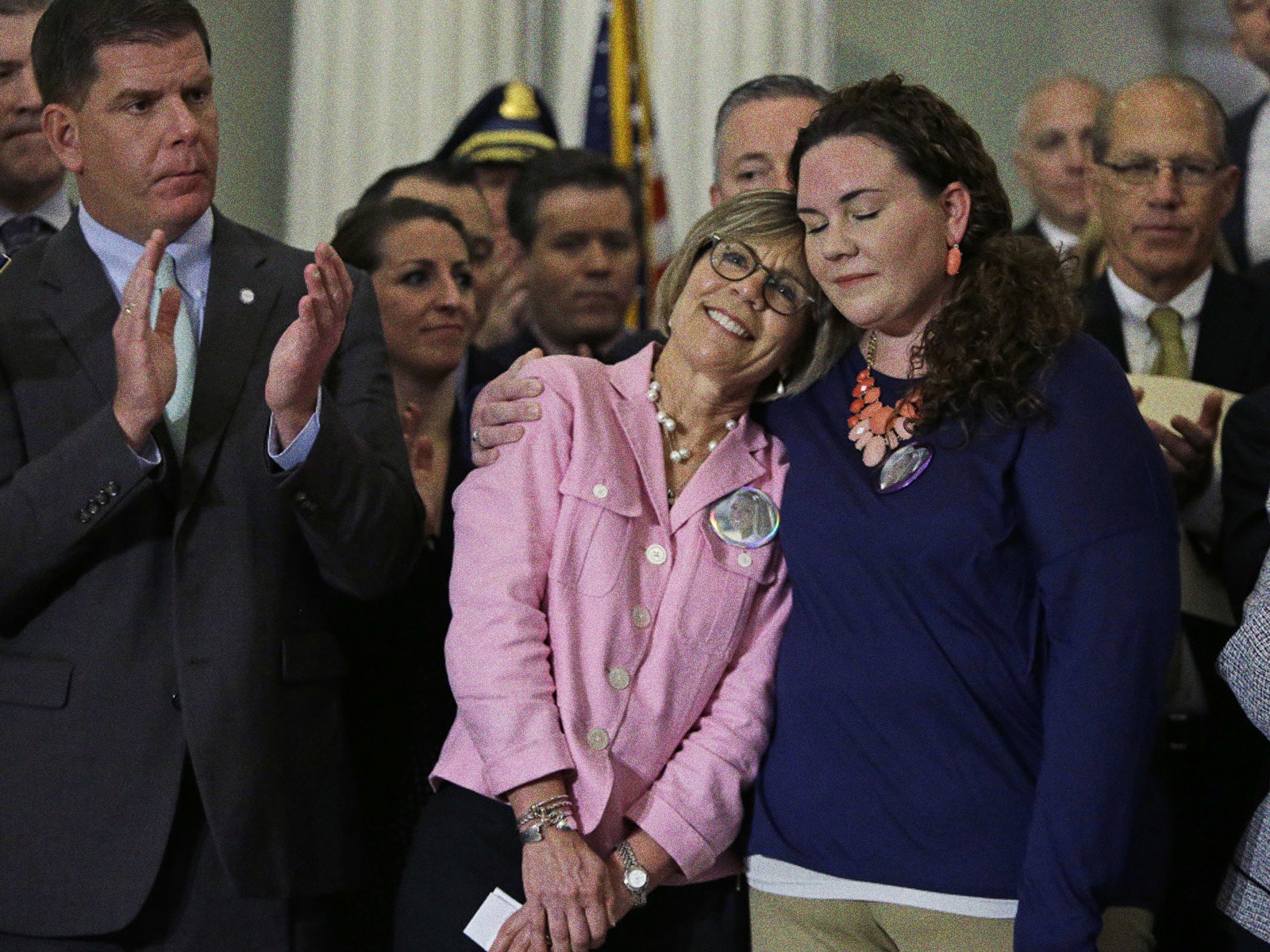 On Monday, March 14, Massachusetts Governor Charlie Baker signed into law what the Portland Press Herald called “most comprehensive law in the nation to combat an opioid addiction scourge, including a seven-day limit on first-time prescriptions for opiate painkillers.”

Families of those who had lost children and other members to the opioid epidemic, as well as those currently battling it with a loved one, stood behind him as he signed the bill.

The bill creates new laws for those who prescribe opiate painkillers, a gateway drug for many who wind up addicted to heroin.

Baker s the first to implement the law. He says he hopes other states will follow. The new law also includes school districts establishing substance abuse prevention policies, as well as screening students to assess their risk of addiction. Training programs for health care providers and law enforcement are also part of the new law.

The story reports that, “Between 2012 and 2014, the number of confirmed unintentional opioid overdose deaths jumped 65 percent, to an estimated total of nearly 1,100 in 2014.”

The bill marks what Democratic Senate President Stan Rosenberg called a “philosophical shift toward treating addiction not as a crime but a disease.”

Lastly, the bills requires those treated for overdoses in emergency rooms to undergo evaluation within 24 hours and that they be given treatment options before leaving the hospital.

Boston Mayor Marty Walsh, who struggled with alcohol addiction earlier in his life said of the new law, “If this bill helps one family and one addict, it’s done its job.”